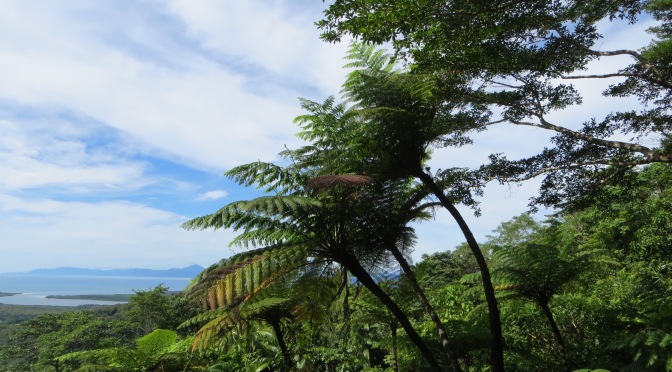 Driving the coastal Captain Cook Highway north of Cairns in Queensland state is an exercise requiring full-on attention. Here, the steep mountains fall right into the Coral Sea forcing the road to bend and twist in order to cling to the coast. Every few kilometers, a white sand beach squeezes itself in, creating spectacular views. 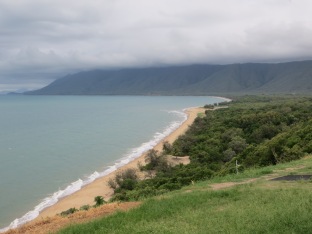 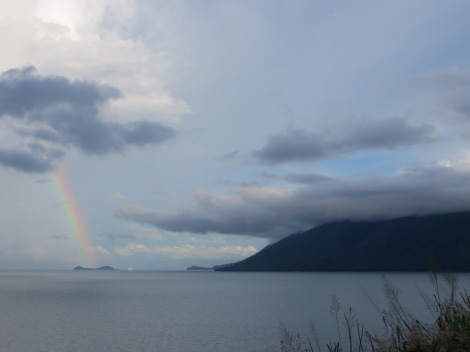 This area is home to the oldest tropical lowland rainforest in the world. We found the rainforest of Tasmania beautiful, but the near Cairns is more diverse in its flora and fauna.

And what is the link to prehistory? Because this forest has never been destroyed by cyclones, volcanoes or fires, there are plants that have grown here since before the time of the dinosaurs, like the idiot fruit estimated at 140 million years old and the king fern considered to be one of the oldest plants in the world. 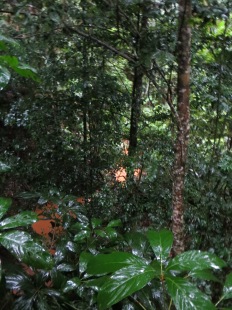 Idiot fruit at the bottom of photo 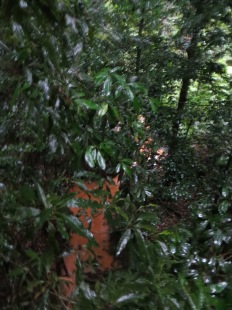 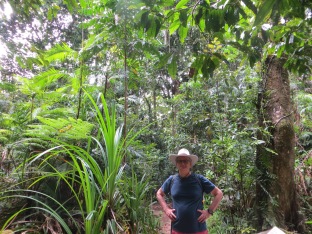 Some of them are so old that the birds or animals they relied on for regeneration are extinct. They now depend on the wind and gravity for survival.

The forest also houses unusual animal species. The cassowary is one of them. It is the third largest flightless bird. Its head is covered in iridescent blue feathers and topped by a keratinous casque like a helmet; a bright red wattle hangs from its neck. 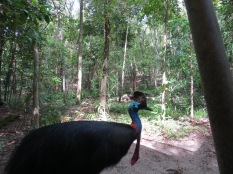 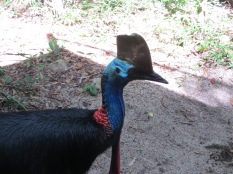 It is territorial and dangerous even to humans but it is vital to the rainforest’s survival. It forages on the forest floor eating seeds that it will later deposit far from where they were eaten, ensuring biodiversity and healthy seed dispersal. We were lucky to see a cassowary in its natural habitat on one of our forest walks. It was preening hidden by ferns and bushes but betrayed by it simmering blue head.

Later, we got a better look when we saw captive ones that had been rescued after being injured in the wild. They are an endangered species and several road signs remind drivers to be careful. In Daintree National Park, someone enhanced the signs to reinforce the message. 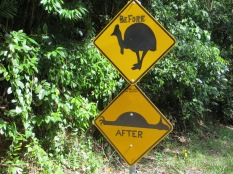 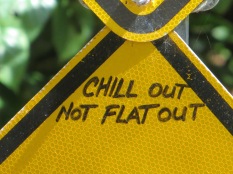 4 thoughts on “The Daintree rainforest – link to prehistory”